Fly in a Mustang 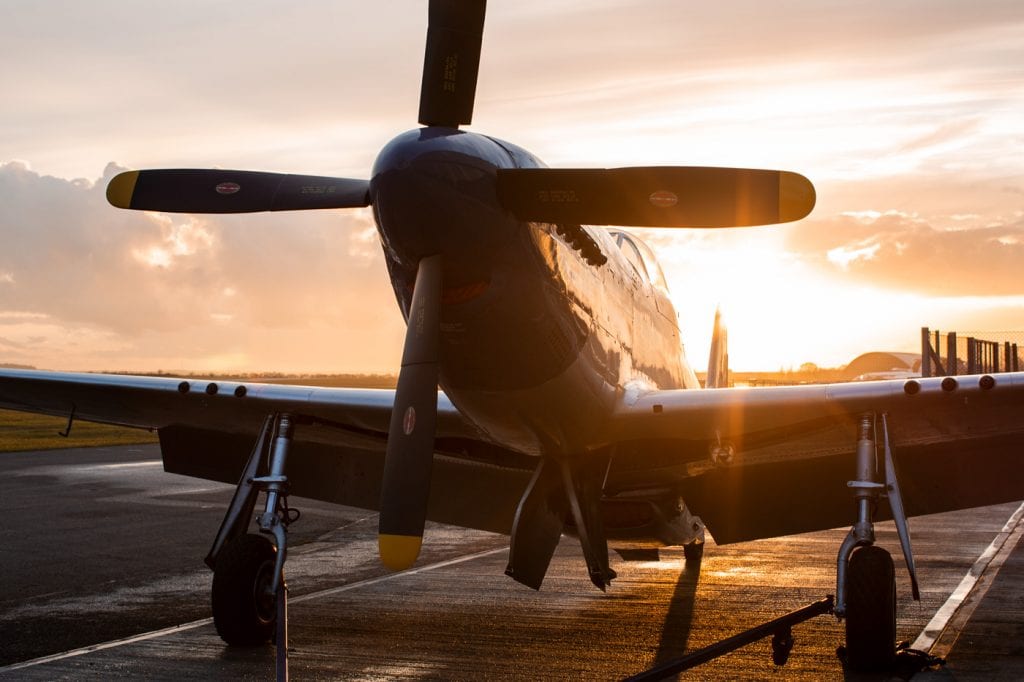 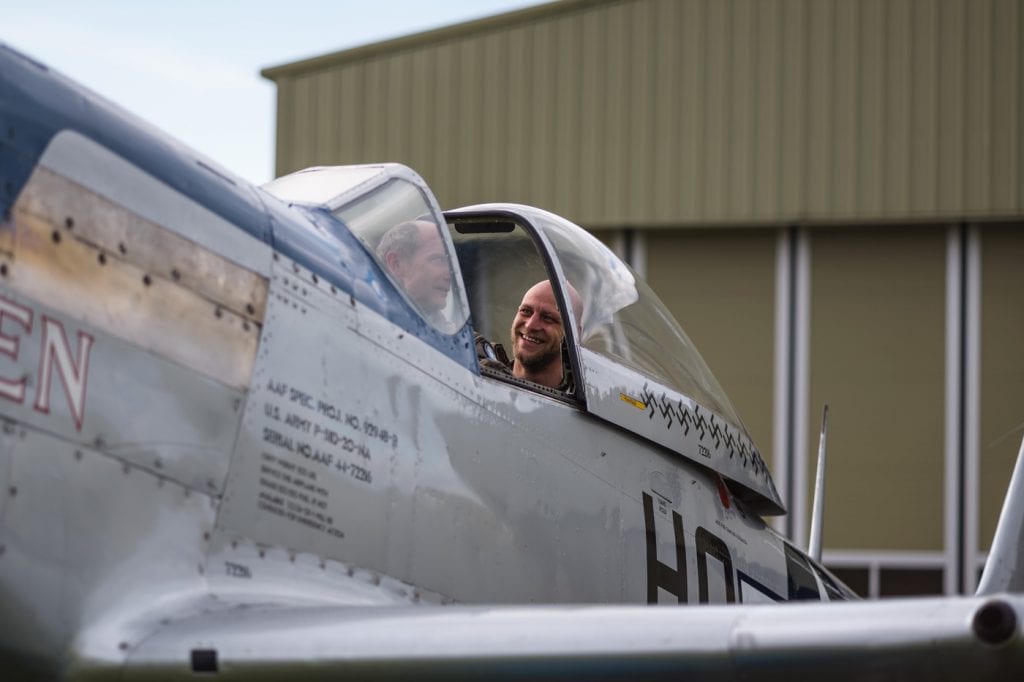 Considered to be one of the top fighters of its day, the P-51 Mustang played a large role in defeating the Luftwaffe as its speed and range made it the ideal bomber escort.  A commanding aircraft that was among the fastest piston engine planes of the war, it never fails to thrill all those that fly her.

Many people have daydreamed about experiencing the power of a Mustang first hand and now with Aerial Collective we can make that daydream a reality.  You can take a ride in the cadillac of the sky and discover the excitement of flying in a Mustang.

We operate two P-51 Mustangs, The Shark and Miss Helen which are taken care of by the Aircraft Restoration Company.  You can read more about their stories below or click ‘book now’ to discover our unique range of Mustang flight experiences.

Who would have thought that a simple email would end up in a Shark Mouthed Mustang and a 400MPH dream coming true.  It’s no exaggeration to say that it was one of the best days of my life.  And what an incredible place to do it, I have been coming to Duxford for years and always get a thrill when the hangers come into view from the M11. But to arrive at the Stephenson hangar on a quiet day in January knowing that I was going to fly that afternoon was superbly special. And being greeted by Cliff Spink was pretty cool too!

I dreamed about doing this since I was a little boy and I always thought it would feel raw and violent. The drama of it didn’t disappoint but I was surprised at how sweet and steady and smooth it was – I must get myself a Mustang!

Just a quick note to say it was lovely to meet Paul, Stu, Lisa and yourself this afternoon – it will be a day I will remember fondly for the rest of my life.

The Mustang was a force to be reckoned with in WWII and was a critical part of the Allied victory in Europe. Once they were seen flying over Berlin, Herman Goering knew ‘the jig was up.’ It was their manoeuvrability, range and reliability that made them the perfect candidate to accompany bombers on long-range missions between England and Germany.

Initially, the Mustang was designed to use an Allison V-1710 engine but this had limited high altitude performance and it was when this was replaced with a Rolls Royce Merlin engine that the Mustang was able to truly compete with the Luftwaffe. It was now capable of flying at over 15,000 ft and at speeds of over 400 knots.

Over 15,000 planes were produced and of that number less than 300 survived and of these only 150 are still airworthy.  Two of these can be found flying here at Duxford and are taken care of the the ARC engineering team; The Shark and Miss Helen.

As such a rare aircraft we feel privileged to enable you to fly in a Mustang that has such historical significance.

The Shark was built by North American Aviation in 1945 and served with the USAAF at several training units before being transferred to the Canadian Airforce where it served from 1951 – 1959.  In 1980 it was restored as ‘Old Crow’ and went on to star in a number of movies including ‘Empire of the Sun’ and ‘Memphis Belle.’  In 2012 it was sold to  its current owner and now wears the scheme of  the Royal Air Force 112 Squadron.

Miss Helen who saw active service in WWII with the 352 fighter group, has several confirmed kills to her name and is the last of the group who is known to exist.  Since the war she has flown with the Swedish and the Israeli Air force and even starred in the film ‘Memphis Belle.’ She is currently owned by Robert Tyrrell, is based at the Aircraft Restoration Company here at Duxford and can often be seen at air shows all over the country.

Both these elegant and iconic aircraft are welcome additions to the Aerial Collective fleet, and we take great joy in helping people experience these Cadillac’s of the sky first hand as they discover the power of a Mustang in flight.