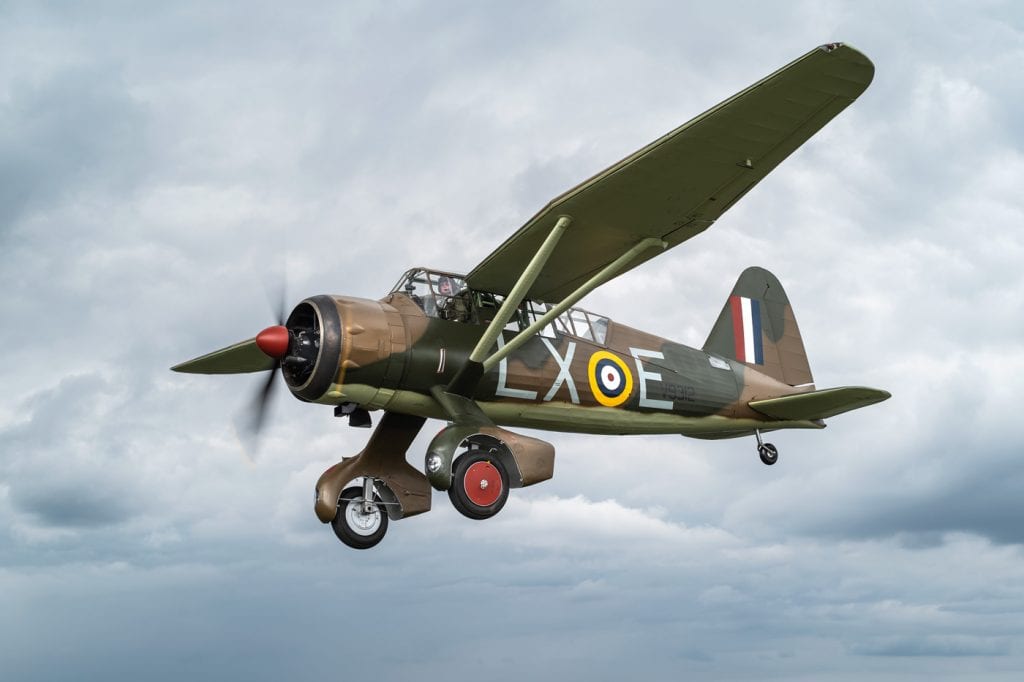 As test pilot for Lizzie, the best person to describe a flight in a Westland Lysander is John Romain, and you can read his account of her first ever flight since 1944, in our news piece ‘Bringing Lizzie back to life’ here

There is still some work to be done before you can fly in a Lizzie and she becomes part of the collective but we are looking forward to welcoming her when she is ready.

Request notification when experience is available

The Lysander, affectionately known as the ‘Lizzie’, was produced by Westland Aircraft and initially used in a co-operation role for the army, but with its low speed and altitude abilities the demands of modern warfare were too great.

Its excellent short field performance however, made it the perfect candidate for ‘moonlight missions’ for the Special Operations Executive.  Small improvised airstrips were used to recover or place agents and equipment behind enemy lines, all of which was only possible because of the Lysander’s STOL capabilities.

Some Lysanders were also used as target tugs for training in air-to-air firing.  They were often painted with brightly coloured stripes so they could be easily recognised and were in frequent use at bombers and gunnery schools.

This is where our Lizzie found herself in 1942.  Having served with 613, 225 and 4 Squadrons, she was converted to tug status and shipped to Canada to serve at the Commonwealth Air Training Plan where she flew until October 1944.  In 2003 she was acquired by ARC and arrived at Duxford in unrestored condition, and the journey back to flight began…

To fly in a Lizzie will take you back to an era where aircrafts made the skies roar.

Flight Experience with the lizzie

Request notification when experience is available